You don't need to be a Juke Box Hero and have a Double Vision to experience one of the most anticipated rock events of the year: Foreigner Live at Abraham Chavez Theatre, El Paso, Texas, on Monday, April 11, 2022. The British-American rock band will sing their hit singles in a jam-packed setlist that will leave every hard rock fan's heart leaping for joy! Scream, raise your arms high and throw your rock 'n' roll salute to this legendary band. No matter how old you are, enjoy a night of Hot Blooded rock and roll music and enjoy this two-hour event as if it's Like the First Time. Grab your tickets now, tag the gang along and prepare to Know What Love Is as Foreigner will show what rock music is all about! 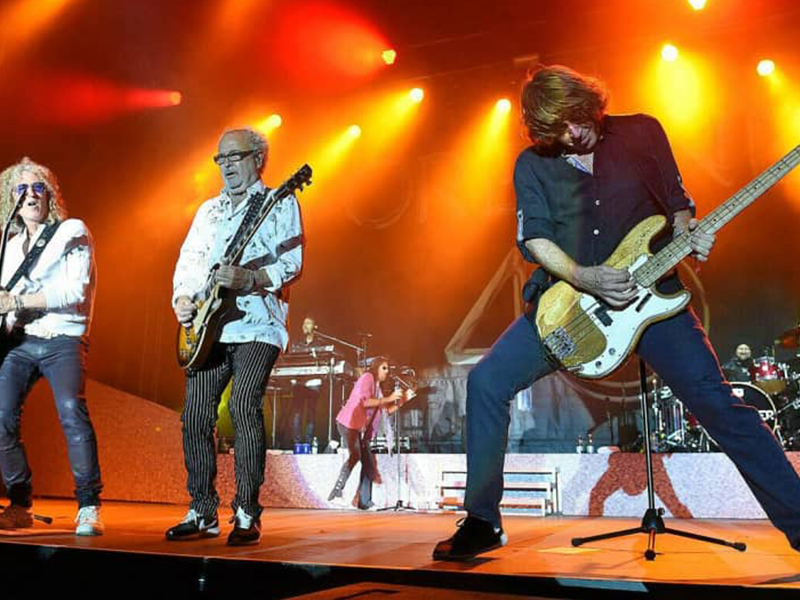 With numerous hits under their belt, one can only expect a jam-packed setlist from one of the world's best-selling bands of all time. Foreigner is a British-American rock band originally formed in New York City in 1976 by veteran British guitarist and songwriter Mick Jones, fellow Briton Ian McDonald, and other members. In over four decades, loyal fans have seen the members of this Grammy-nominated band come and go. However, Mick Jones stayed with the band as its lead and rhythm guitarist. Kelly Hansen is currently the band's frontman following Lou Gramm, who, along with Jones, was officially inducted to the Songwriters Hall of Fame in 2013 at the 44th Annual Songwriters Hall of Fame Award Ceremony — cementing their legacy in the Rock n Roll music scene.

Aside from Jones, Foreigner's current members include Thom Gimbel on lead and rhythm guitar, Jeff Pilson on bass guitar, Kelly Hansen on lead vocals, Michael Bluestein on keyboards, Bruce Watson on rhythm and lead guitar, and Chris Frazier on drums.

Foreigner Tour 2022 will kick off in Florida in March. They will also be touring around some big European cities like Germany, Spain, Belgium and Netherlands before ending the tour in the City of Love, Paris, in October 2022. So secure your tickets now and prepare to witness the most anticipated event in the classic Rock n Roll scene.