Kevin James comes to Abraham Chavez Theatre on Saturday 1st October 2022, as part of his 2022 Stand-up tour. The comedian will begin his performances on 14th September in Munhall, PA and includes notable performances in Appleton, Milwaukee, Houston, Rosemont and many more. The tour wraps up with a final performance on 11th December in Worcester. However, there could be more dates considering the massive demand. His unique delivery style and immaculate comic timing are what the fans live for. If you want to enjoy a hilarious night of stand-up comedy with some new stories from the Grown Ups star, make sure you get your tickets right now to his 1st October event at Abraham Chavez Theatre. Hurry up, before all of them are sold out! 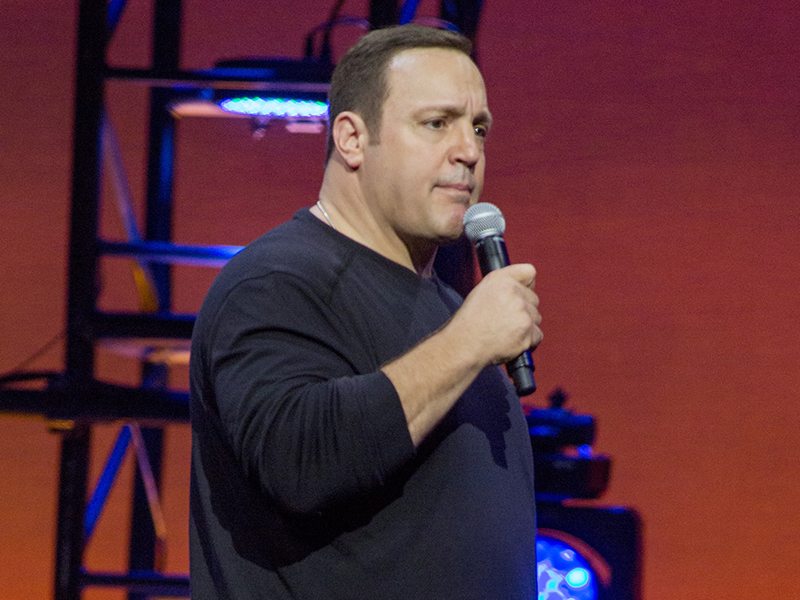 Everyone loves Kevin James, and the love even grows wider and larger when he’s performing live. He is one of the most versatile comedians in the industry, with a significant acting experience under his name. He has appeared in mainstream films and TV shows, including Grown ups, and the hit sitcom Kevin Can Wait. He received a nomination at the People’s Choice Awards in 2017 for the latter. He also gave an outstanding performance in the movie Zookeeper.
Kevin can joke about anything, and he can turn everything into a story too. His themes deal with routine issues such as employment, relationships and basic problems surrounding everyday life. This is why he is so relatable too, and people can actually see that he understands the things they go through in life. Kevin has also made his way to Netflix with his first stand-up special, Kevin James: Sweat the Small Stuff. It was a massive hit, and he released another special, Kevin James: Never Don’t Give Up. Both the specials received critical acclaim and fans loved seeing him on screen. However, they are even more excited to see him live on stage, and if you’re one of them, you should get your tickets ASAP before they are sold out!