EVENT CANCELLED. Please contact your ticket point of purchase to claim a refund on your tickets.

Natanael Cano comes to Abraham Chavez Theatre on Friday 7th October 2022, as part of his upcoming Pero Si Caben O No Tour. The tour kicks off on 8t September and sees Cano play at severa notable destinations throughout North America, including Portland, Denver, Albuquerque, Cedar Park and many more. The artist will wrap up his tour with a final performance in L.A on 25th November 2022. His fans highly anticipate the 23-date tour and he is looking forward to selling out plenty of tickets throughout. He also released his latest album earlier this year. The album, Natakong, was a huge hit and was evidence of his brilliance and talent. Fans will see him play plenty of music from the latest record on upcoming performances and if you want to catch him live, get your tickets right now! 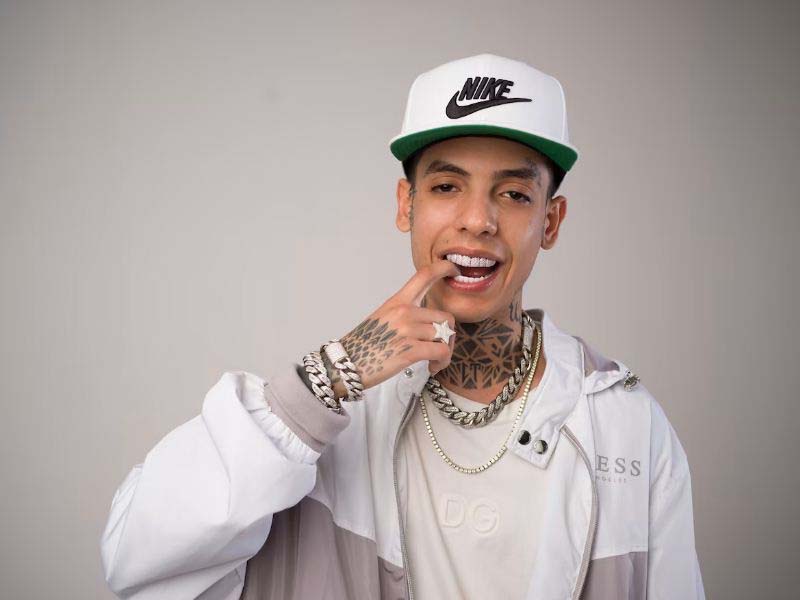 Genre-bending 21-year-old Mexican rapper and songwriter Natanael Cano will light up stages across North America with his upcoming tour, beginning 8th September 2022. The artist is mostly known for creating a unique mix of Mexican corridos and American hip-hop music. His fusion is incredible and enjoyed by audiences throughout North America. He was also the first artist to do such a fusion, and that’s what is loved by his fans. The genre is known as corridos tumbados, and Cano is certainly the pioneer of it.
Cano’s latest album, NATAKONG, explored the same evolution and versatility that he promised in his earlier releases. He is able to innovate with the genre while staying true to his Mexican essence. Cano has collaborated with notable names on this album, including electronic superstar Steve Aoki for the single “Nataaoki.” He also made his Coachella debut and gave an amazing performance at the Pal Norte festival. His ability to engage with audiences and provide unforgettable experiences at such an age make him stand out as one of the top artists in the current music scene. Make sure you get your tickets right now to his concert on 7th October at the Abraham Chavez Theatre. Hurry up, before all of them are sold out!